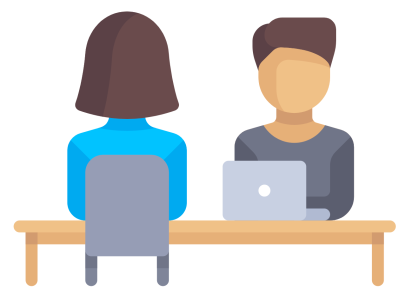 RITE stands Rapid Iterative Testing and Evaluation. The RITE Method is similar to a typical usability testing where participants are asked to complete tasks using think-aloud protocol. The big difference with this method is that rather than waiting for the end of the study to look at the findings and suggest improvements, the team iterates on the design as soon as issues are discovered by one or two participants. Designers are able to test and get feedback on new solutions and ideas quickly.

This method involves implementing changes as soon as a problem is identified and a solution is clear. That can mean within the day or a period of two hours. After each participant, time must be set aside to review results with decision-makers and decide if issues raised warrant changes for the next iteration of the prototype. In order to make changes quickly, the decision makers of the team need to be present.

The Nationwide UX team had been using the RITE method for a couple of years with a variety of financial services websites and applications. One project centered around pages on a 401(k) management site. As the project went into a new redesign phase, the UX team suggested RITE as an approach for quick results and feedback at an early stage. This would allow the team to continually make changes based on user feedback. 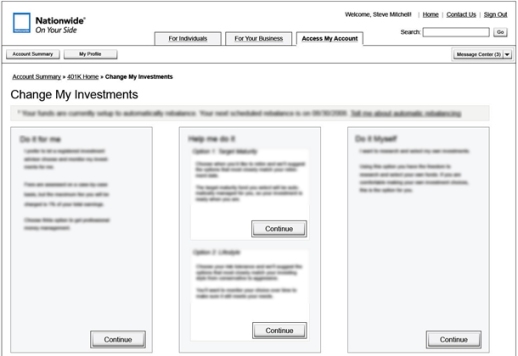 The prototype tested consisted of easily modifiable wireframes. They had two participant sessions per day for five days, with a three-day gap after the third day. This gave the team time between tests to make quick changes to the prototypes. With the RITE methodology, the project team was able to make several recommendations from the results of the testing. These recommendations were then applied as the project progressed.

Tips for Using the RITE Method

Here are some tips for getting started with the RITE method, according to UX Magazine.

RITE works best for projects in the early concept phase. The findings can help the team to review and explore new ideas. The RITE method allows the team to examine alternatives quickly resulting in a better user experience more quickly than other traditional usability testing methods.

The RITE method involves team collaboration and often involves the client, who leaves with a better understanding of the process and the value of the work. It can be fun and rewarding when doing it the RITE way with a collaborative team.